Posted on May 21, 2008
Filed Under Breakfasts, Out of My Comfort Zone

Does ‘carrot pancakes’ strike you as odd? It did me, for 2 reasons: 1. The thought of carrots in pancakes. and 2. These pancakes do not get served with syrup… there is a cream cheese mixture that goes on top of them instead. All my life, pancakes have gotten served with syrup. Sometimes with peanut butter underneath the syrup, but always with syrup. If we’d decide to put jam on them instead, that was not the norm. 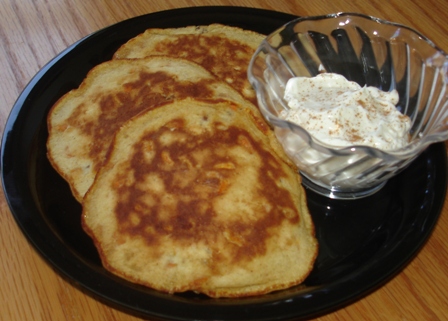 This recipe actually sounds really good. It’s got pecans in it… YUM! and it’s got cinnamon and brown sugar in it and that cream cheese spread sounds really good!!! And they are really good, except the carrots kind of wreck them, which is unfortunate because that’s the main ingredient. 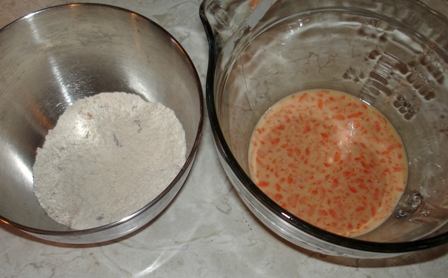 Stir into the dry ingredients just until moistened. 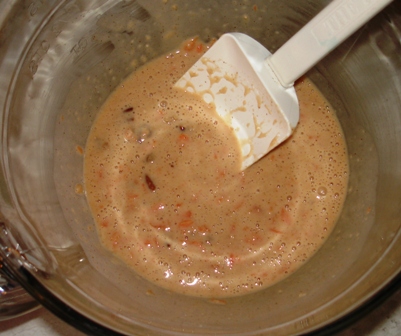 Pour batter by 1/4 cupfuls into a greased hot griddle. 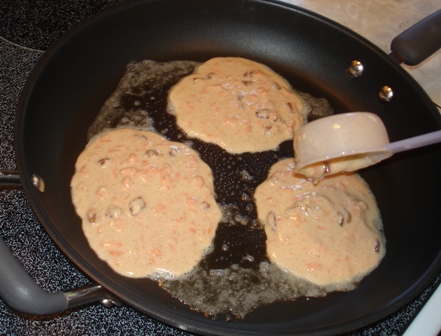 Mmmmm! Look at all those chunks! …too bad so many of the chunks are carrots, huh?

Turn when bubbles form on top of pancakes; 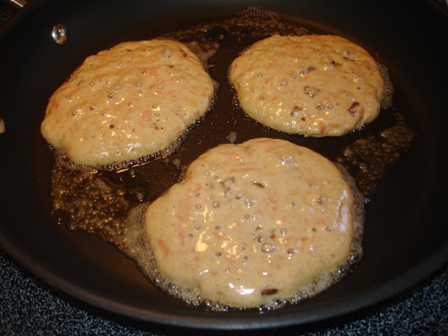 cook until second side is golden brown. 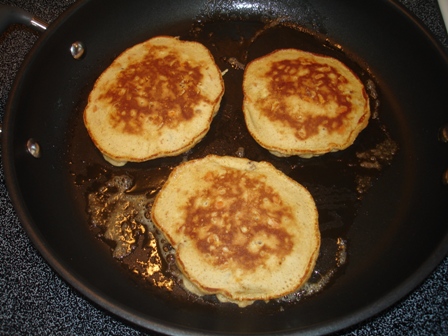 Place the cream cheese, powdered sugar, milk, and vanilla, in a blender or food processor; cover and process until smooth. Transfer to a bowl; sprinkle with cinnamon. 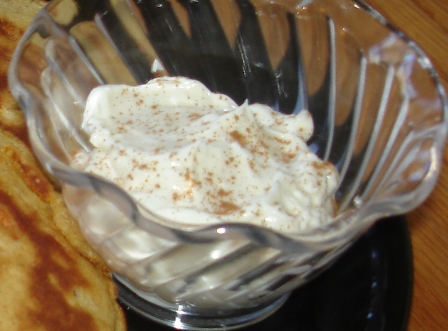 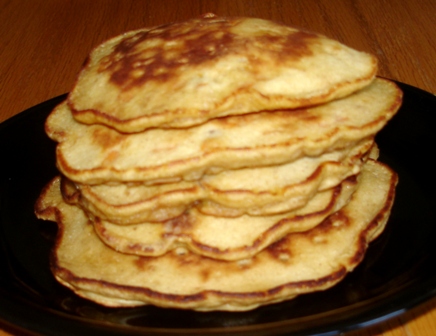 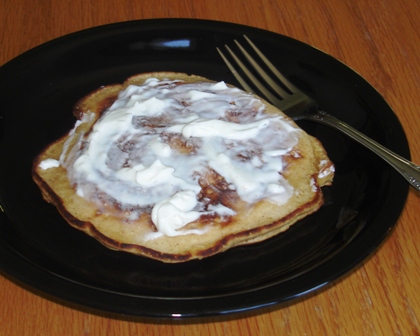 Next time, and I think there might be a next time, I would put in a few more pecans and considerably less carrots. They were fun to try for something different. Lexi (5) wouldn’t touch them with a 10′ pole (and I sounded excited about them to her, carrots and all), but Tiffany (2) downed a whole pancake like nothing. Shannon didn’t get a chance to taste them because he was at work, but I think his take on them would’ve been similar to Lexi’s.

Edit: I tried these again later and replaced the cup of carrots with 1/3 cup of pumpkin and doubled the pecans, but kept everything else the same. I think I should’ve added nutmeg too. Anyway, they were delicious!

I’m actually having alot of fun with this Out of My Comfort Zone series. It’s fun trying stuff I’d never try otherwise. Next week, I’m planning to try a lettuce salad with fruit and maybe nuts in it.