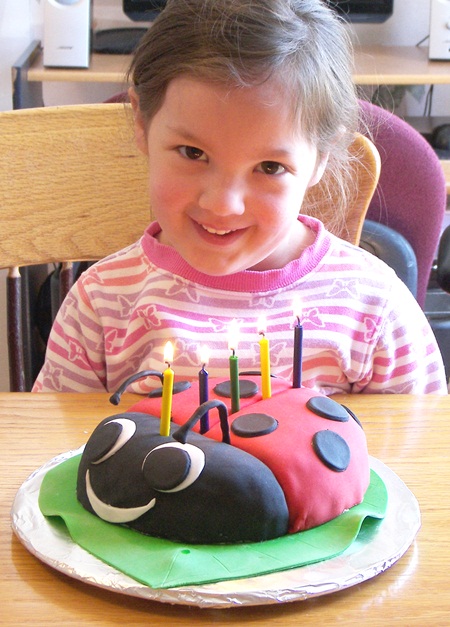 But hey, I’m just the cake-maker, not the cake-decider.

Tiffany isn’t really a cake-decider either… she had THE hardest time nailing down what cake she wanted. For awhile, it was a big huge whoopie pie cake. Then, for awhile it was a gazebo. (The difference between those 2 cakes in time and skill is like night and day!) Then, about a week before her birthday, she started switching daily… seriously, we were all over the place… castle, house, ballerina, heart, ladybug, bird nest, space shuttle, garden…

The morning of her birthday, I was ready to bake the cake. Once I bake the cake, it’s pretty much no-turning-back because depending what it is depends what I bake it in. At the moment, we were on a bird’s nest with eggs in it and a bird sitting on top (and the bird sitting on top would be sturdy and removeable so it could be played with beforehand… we weren’t planning to have a cake party, so I didn’t care if the girls played with the cake before eating it). I got the cake mix out of the cupboard, then said, “So, we’re doing a bird-on-a-nest cake, right?” She said, “No, I was just thinking… I’d rather have a ladybug.”

Turns out a ladybug is a VERY simple cake to make. There are 2 things I’d have done different, though.
1. I baked it in a mixing bowl and I wish I’d have picked a mixing bowl that was a little deeper, that curved more at the bottom. I thought this ladybug got too flat and wide. But, on the other hand, maybe looking LESS life-like is a good thing!

2. I cut about a third of the circle off for the head… should’ve cut off more like a fourth. I thought the head looked too big.

But anyway, here it is in pictures. You’ll see that it is easy… no carving involved. And you could just use black and red frosting instead of the fondant. 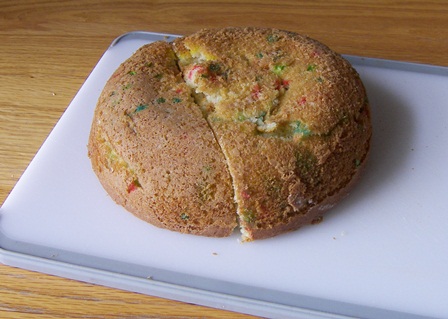 Cutting off excess red fondant. The other part is frosted and ready for black. 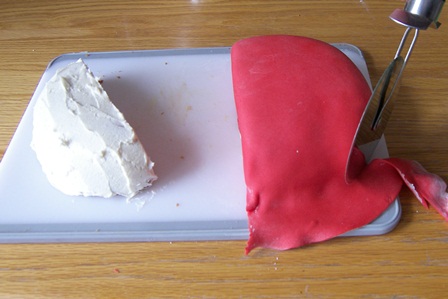 Making the line down the back where the wings separate… 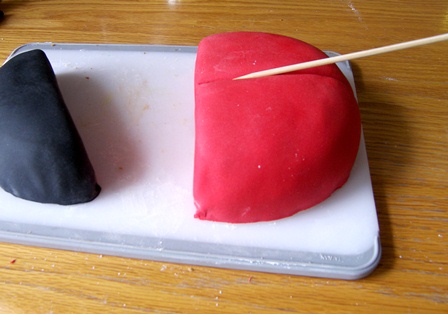 Starting to look a bit more ladybug-ish. You can see the leaf on the right… I rolled out green fondant, cut out a leaf shape, and made a few indents for veins. Then, I put wads of tin foil hit-n-miss around underneath it until it dried… that way, the leaf has a bit of character to it instead of just laying totally flat. 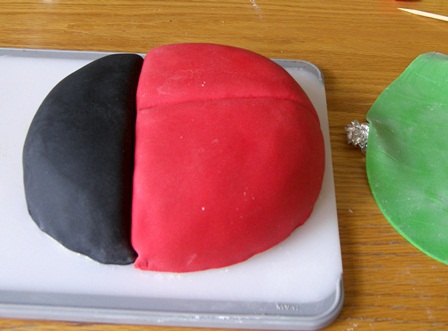 Looked around in my cupboards for something the perfect size to cut out circles for spots. Found a water bottle lid. ???? 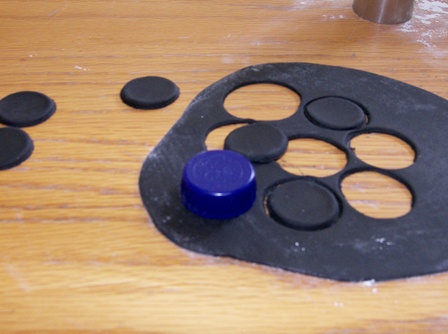 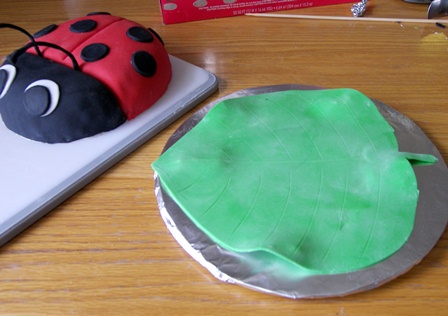 The antennas are made out of fondant wrapped around a twist-tie… not kidding about that! I got to that part and hunted around for something to use. My first thought was to use little pretzel sticks, but we didn’t have any. Everything else is either cake, fondant, frosting, or covered cake board. 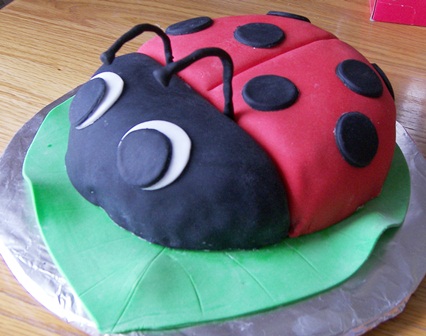 “Mooooooooommmmm! You forgot the mouth!”

(That did actually happen… I didn’t make up that little exchange just because the pictures look like it.) 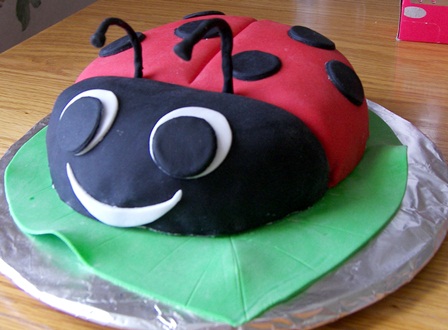 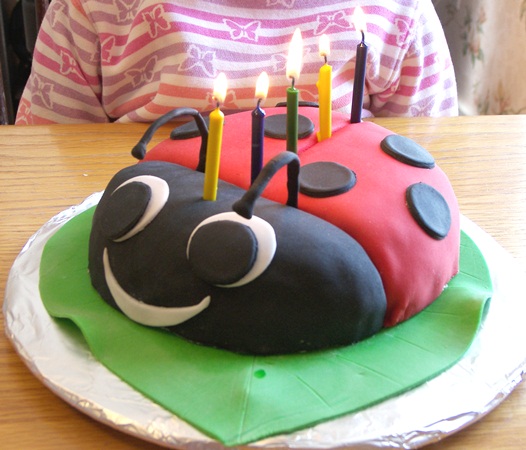 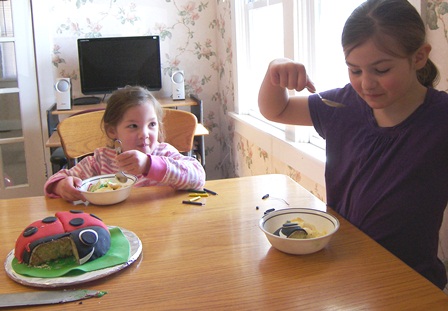 Tiffany’s birthday wasn’t totally party-less. She woke up to a little ribbon & balloon canopy, complete with her name and a couple of gifts. For her birthday meal in the evening, she opted to go to a restaurant with Preston and Kara (and us, of course), where the waiters and waitresses gave her a birthday wish. As we were walking out, a couple of the waitresses wished her a happy birthday again. She was surprised that they remembered it was her birthday.