My contribution to it… 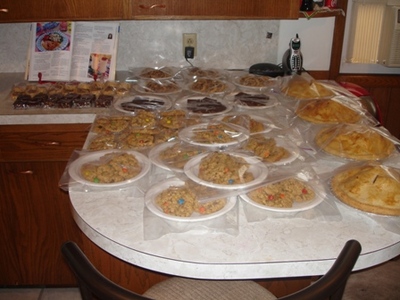 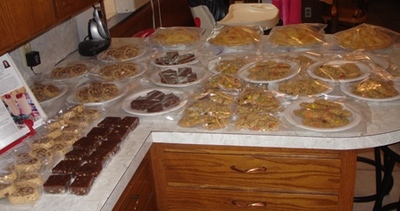 I want to open a bakery! I’m only half kidding. I would do the night shift of baking, then sleep during the day while someone else sells the stuff. Anyone want to fill out a job application? …Either for baking with me during the night or selling stuff during the day.  Ah, would be so fun! Everyone was in bed by 11:00 last night and I started in the kitchen. The house was quiet (well, quiet except when I’d accidently BOING!BONG! a pan and cringe for the sleeping people!) and I had no interruptions and I dumped the ingredients in the mixing bowl by myself and there was nobody standing beside me hollering, “Up! Up!”. I could just bake to my heart’s content! It was very therapeudic!  At 4:30, the birds started singing. It’s been awhile since I’ve seen the crack of dawn! At 5:30, I went to bed for a couple hours. Then, took the stuff to the garage sale/bake sale, then came home and took a 2-hr nap. I might do that more often because I’d like to put out some baked stuff at the end of the driveway this summer. Some of it, I’ll bake ahead and put in the freezer, but being able to tag stuff with “Fresh-baked this morning” has its advantages!

The 4 different things pictured above are:

Rice crispie roll… featured here
And last, but not least, FUDGE     …recipe invented by yours truly 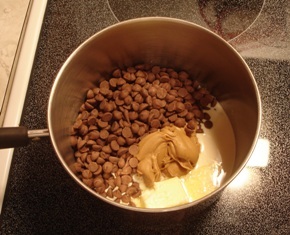 You could use the microwave, too. 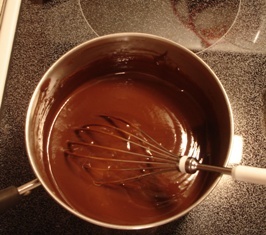 Stir in half a 16 oz bag of marshmallows until melted, then stir in some walnuts (I used a little over a cup). If you want a swirled effect, stir in the mmallows and nuts at the same time, but stop stirring when the mmallows are melting and streaked through, but not totally mixed in. Lightly grease a 9×13 pan and pour in. 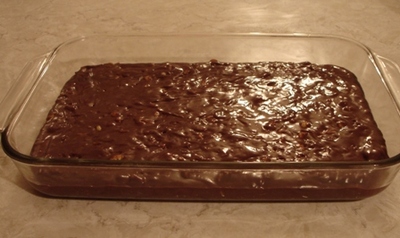 Refrigerate until firm. Cut into squares. 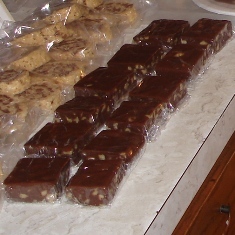 Now, back to the bake sale… Everything sold very well!!!!! Didn’t have anything to bring home.

One Response to “Bake sale!”